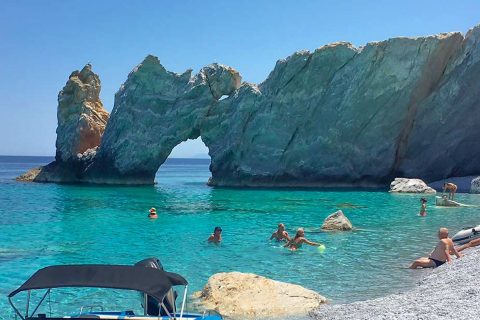 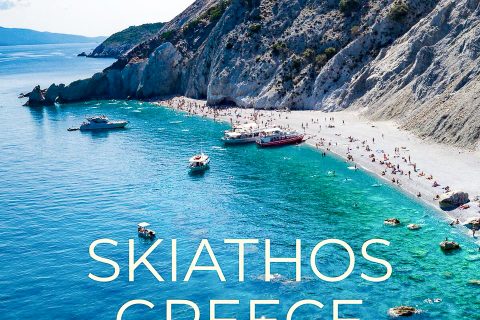 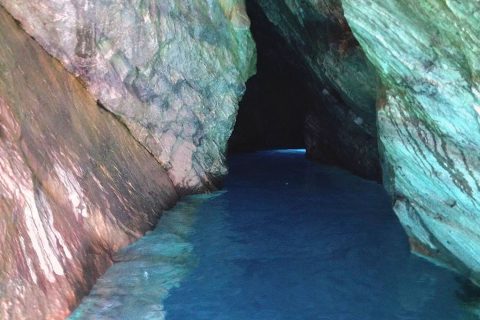 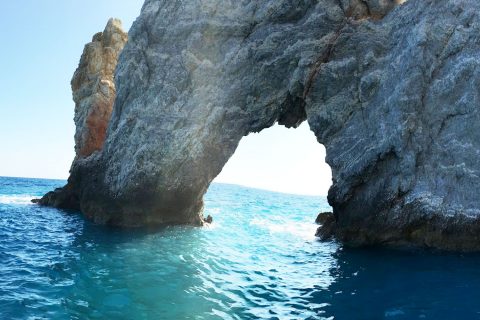 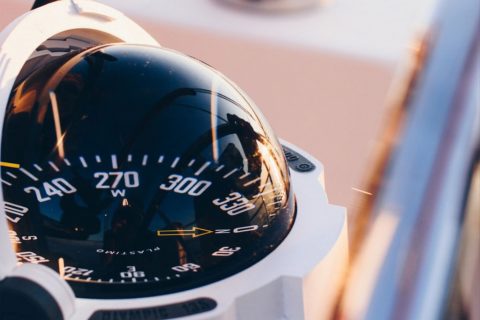 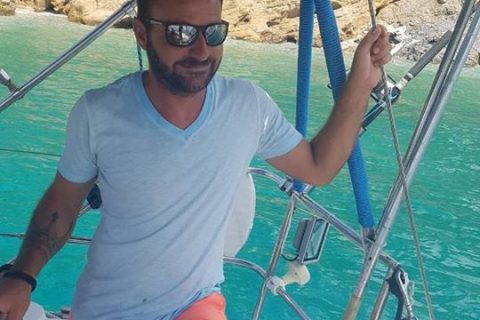 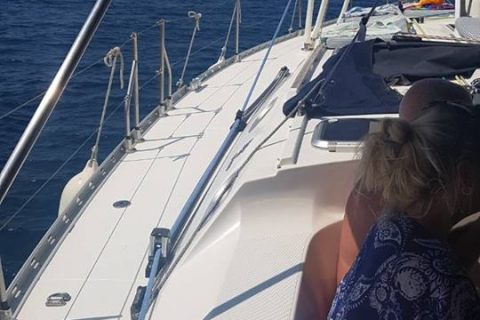 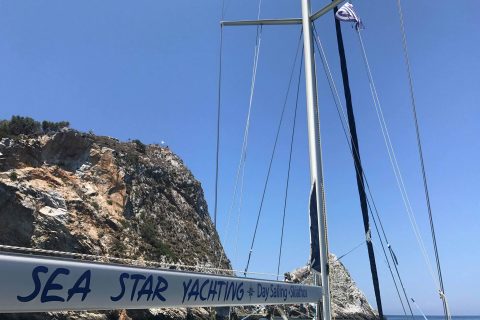 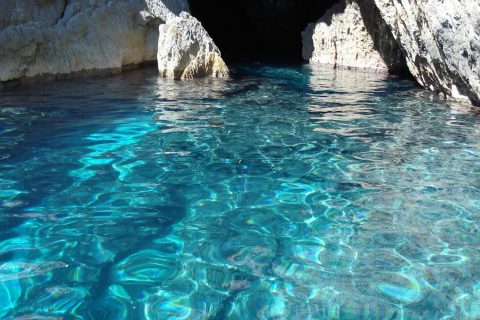 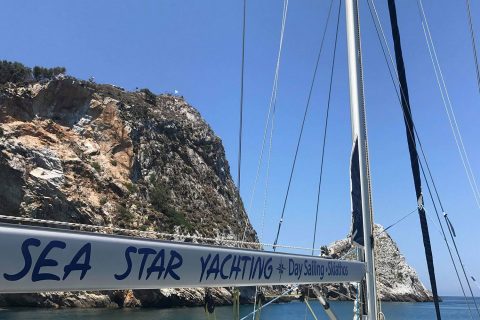 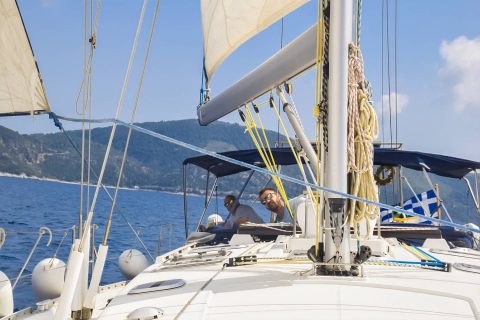 The white pebble beach at Lalaria is one of the most famous in the Greek Islands and featured on most postcards of Skiathos. Steep sun-bleached limestone cliffs drop to a long beach of white stones and pebble that create aquamarine waters that get cameras clicking constantly. The beach is accessible only by boat, weather permitting.

Lalaria is a 10 kilometres sea trip from Skiathos Town on the northern coast and there are plenty of boat tours from Skiathos port.

Lalaria beach is on the itinerary of almost every pleasure boat on Skiathos so the beach can at certain times of the day get very busy.

Excursions boats to Lalaria often call in at neighbouring Kastro and depart from Skiathos port at about 10am. Those who hire their own boat can avoid the day trip crowds and get the beach to themselves.

Lalaria is the Greek word for the pebbles that give the beach its name. Day trip visitors must negotiate wooden gangplanks on visiting boats to get down to the beach.

The sea water here is extraordinarily clear and comes in amazing shades of blue. Visitors can see the sea bed even far out where it gets very deep.

The pebbles and rocks quickly soak up, then radiate, the heat so it can get seriously hot along the shore with no shade. The usual two hours allowed by visiting boat captains is usually enough.

At the west end of the beach is a huge rock that forms a natural arched bridge between the beach and the sea. Those who swim through the archway called Tripia Petra are said to get younger.

Excursion boats often call at the beach below the Kastro, the fortified former capital built in the 14th century that stand on a rock outcrop on the north-east tip of the island.

It used used to house more than 20 churches and 300 odd homes but only a few ruins survive. Ther si a small beach below of shingle and stone.

Nearby, and accessible only by boat, are three sea grottos, named Galazia (Blue), Skotini (Dark) and Chalkini (Copper) that are ofen included on sea trips.